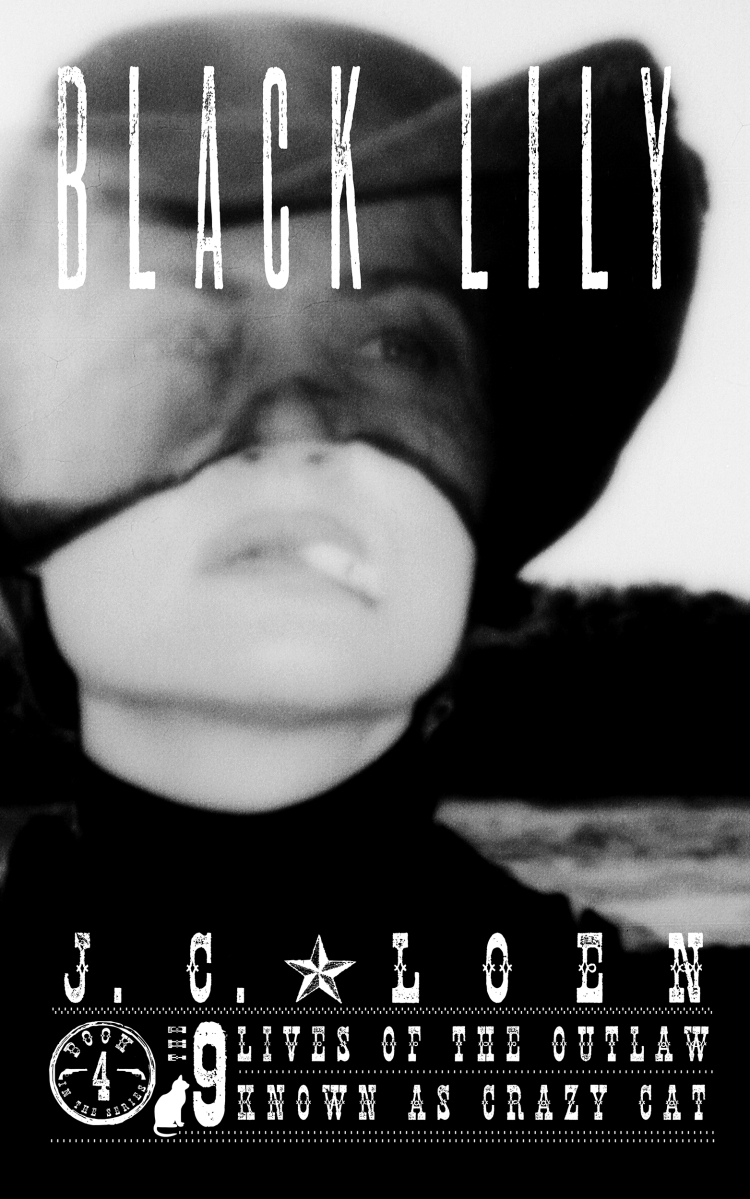 Black Lily is the fourth book in The 9 Lives of the Outlaw Known as Crazy Cat series. It’s a fast-paced tale of daring to trust new allies, fighting boredom with bullets, and making plans for the future while hiding from the law.

Lee has teamed up with an old friend and is back at outlawing again. The duo gains a new nemesis in a ruthless bounty hunter, and new accomplices in an accidental killer and a stagecoach driver with a secret.

The outlaw known as Crazy Cat gets to prove what she’s made of in encounters with
tyro outlaws, a wounded gang member, and an aging horse, and worst of all: stagecoach passengers.

Get your copy here: Paperback or Kindle 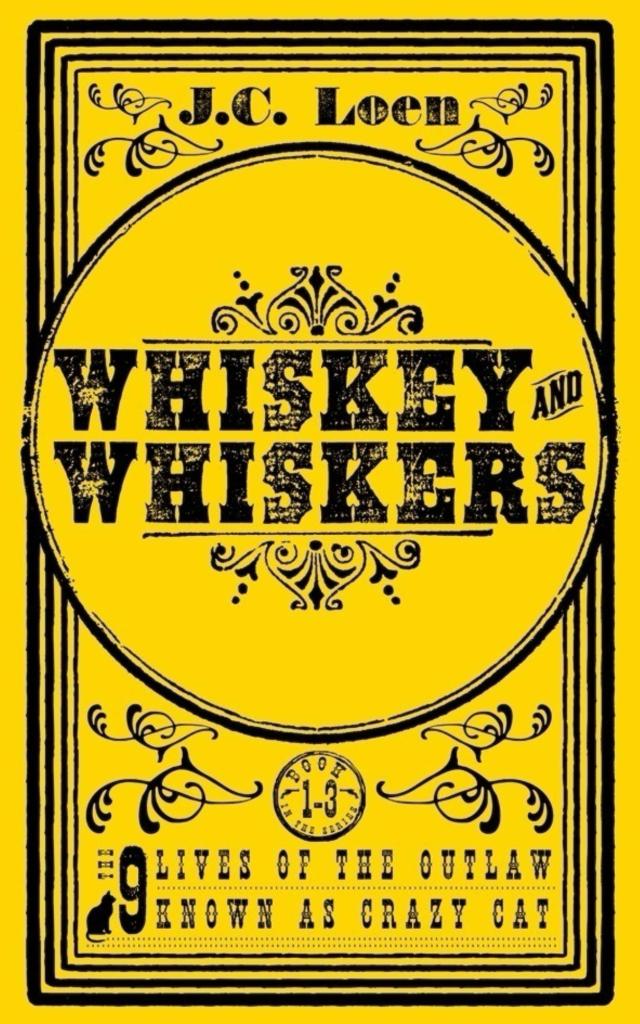 Whiskey & Whiskers collects the first three books in The 9 Lives of The Outlaw Known as Crazy Cat series.

Get your copy here: Paperback or Kindle

Said about Embers a Dawn, the first book:

“If you like your Westerns dark and morally ambiguous, J.C. Loen’s EMBERS AT DAWN is plenty of both.” –Charles Baker for IndieReader

Said about An Obelus Wheeze, the second book:

“To say I liked the lead character would be an understatement. The balance between her tough will to survive and her loyalty and gentleness to those closest to her is a joy to read and I found myself smiling, even laughing out loud, on many an occasion.” – Kenneth Wilson, Goodreads

Said about The 7th Bullet, the third book:

“I really enjoyed the strong female outlaw. The story kept me reading and wondering if I was right in what I expected to happen.” Lynn, Goodreads

Amazon is a bit tardy about taking the hint – they’re still selling it for $0.99, but you can get the mobi file (for Kindle) at Smashwords for free too.

I have received my first Smashwords review. It is short and sweet: “Loved this book! The imagery is amazing and the mix between total crass and intelligence is just awesome! Great characters.” – Debby Rubino, Smashwords

An Obelus Wheeze is being released today. Huzzah! Get yours here:

An Obelus Wheeze will be released on April 9th – on Lee’s birthday!

Purchase the paperback right now from Createspace. Use discount code CGEWBXNL to chop $5 off the regular price ($13.99) and get the book for as little as $8.99. The offer lasts until April 9th.

When I released my debut novel a year ago I had pretty much no idea what to expect. I found it frustrating that so few (or is it just me that haven’t found them?) were willing to share the actual results of their promotional efforts and overall sale when starting out. Vague words like “good” or “bad” was the norm of what little information I could find. So, this is me sharing what I would have loved to have read a year ago myself: An honest report of a self published debut novel’s first year in numbers.

My initial goal was to sell 1000 copies in a year. That goal changed pretty quickly, to have 1000 copies in circulation within a year – giveaways or sold – kindle or paperback. There are currently 1340 copies of Embers at Dawn (my debut novel) out and about. I’ll be the first to admit that I haven’t gone completely overboard with marketing, but I have certainly made an effort.

I’ve spent a total of approximately $1420 on the circus that is publishing and promoting, which includes: Proofreading, submission fees to competitions, copies of paperbacks (for giveaways, the local store etc.), promotions and postage for giveaways. I’ve earned a total of $242. Needless to say: I ain’t quitting my day job yet.

Here’s what I’ve done to get those 1000+ copies in the hands of readers:

Embers at Dawn has only been available as paperback and Kindle edition during the year it’s been out. I started off pricing the book at $3.99 and lowered it, over time, to $0.99. I have sold a few at the $0.99 price point, but I don’t need more than two hands to count the sales.

I have used KDP Select’s Free Book Promotion as often as I could. The results have varied, but have generated more “sales” (can you call it that when you’re giving away something?) than varying the price. The results of my Free Book Promotions are as follows (unless otherwise stated the promotion have only been marketed via Facebook, Twitter, Instagram and my blog):

I have tried two different approaches to promoting my debut novel on Goodreads. I have hosted two giveaways where I gave away nine copies of the book and advertisement. I can’t say that the advertisement did much else than rob me off $50, but the giveaways were a major success. I kept both giveaways open for a month, as recommended by Goodreads – one directly after the book was released and another about six months after. 1286 people requested the book during the first giveaway. 1130 during the second. There are currently 929 people who have marked it as “to read” and I have received 7 reviews and 13 ratings.

I have only submitted Embers at Dawn to two competitions: One dedicated to western literature – I didn’t win anything, and to IndieReader’s discovery award – I didn’t win anything there either, but I got a professional review out of it and a IndieReader feature (that I had to pay extra for). Can’t say that I got anything out of it, besides something to put on Amazon while I wait for reviews from readers to appear there.

I don’t have a single review on Amazon, except a quote from the IndieReader review, but I haven’t done anything to get reviews there either, beside asking on my blog and offering the winners of my second Goodreads giveaway a free copy of the next book in the series if they give me a review on both Goodreads and Amazon… I asked nicely on a hand-written note.

My blog is also my author website, so I’m doing my darnedest to keep the content on point and of quality. It’s good to have a platform where I get to properly went the thoughts I have on the writing process and share what I’m up to creative-wise, both as an author and photographer. I have 35 followers as of right now.

My Facebook fans mainly consist of people I know. It doesn’t seem like it does much for marketing my work, except for giving friends a platform they can share content from when they feel like promoting what I do. I have 130 likes on my page.

I have also made a book trailer. It has had 134 views and received 4 likes on YouTube.

With a background as a photographer I am, of course, a sucker for the visual. I enjoy building the world of Lee (the protagonist in my western series) both on the page and off. I have no illusions about getting rich and famous by selling T-shirts on Zazzle or bookmarks on Tictail, but why the hell not, right? I enjoy designing the stuff, and I hope that some of you enjoy it too. I have sold exactly two buttons, a mousepad and a coffee mug – the mousepad and coffee mug was bought by a good friend.

An independent bookstore in Oslo, Tronsmo, is selling my book. They bought five copies and have not asked for a re-up, so I can only assume that they’re not sold out. I have also been interviewed by local media: a newspaper and a magazine. Sounds good, doesn’t it? But I honestly can’t say that it’s done anything to boost the sale.

I expect and accept that building an audience and platform as an author will take time, patience, a lot of hard work and a fair amount of money. I look at my Flickr account and take heart. I became a member in 2006 and was very active for a few years. When my efforts turned to writing, more than photography, I stopped uploading new work at a regular interval. But before I quit Flickr (at a regular basis) I had already uploaded a considerable body of work. In my absence, my followers have grown from some 3-400 (if I remember correctly) when I left it in 2010-2011ish to a whooping 1262 in my absence. I like to believe that if you work hard and make something worthwhile people will take notice… Sooner or later.

Lee has fled Chert in pursuit of the traitor Dan. She’s heading for Mexico accompanied by her guide, Snake Girl – she can’t decide which is worse: the climate or the company.

An Obelus Wheeze is a road trip on horseback – across scorching deserts and freezing mountains. The outlaw known as Crazy Cat gets to prove what she’s made of in encounters with bandits and rattlesnakes, crazy ole coots, saddle sores and worst of all: a big city.

An Obelus Wheeze is the second book in the western series The 9 Lives of the Outlaw known as Crazy Cat. It’s a story of harship and love, unforgiving climates and sordid sons of bitches.

An Obelus Wheeze, the second book in my western series The 9 Lives of the Outlaw known as Crazy Cat is due early next year. I have put together a soundtrack for this book too, as I did with Embers at Dawn. 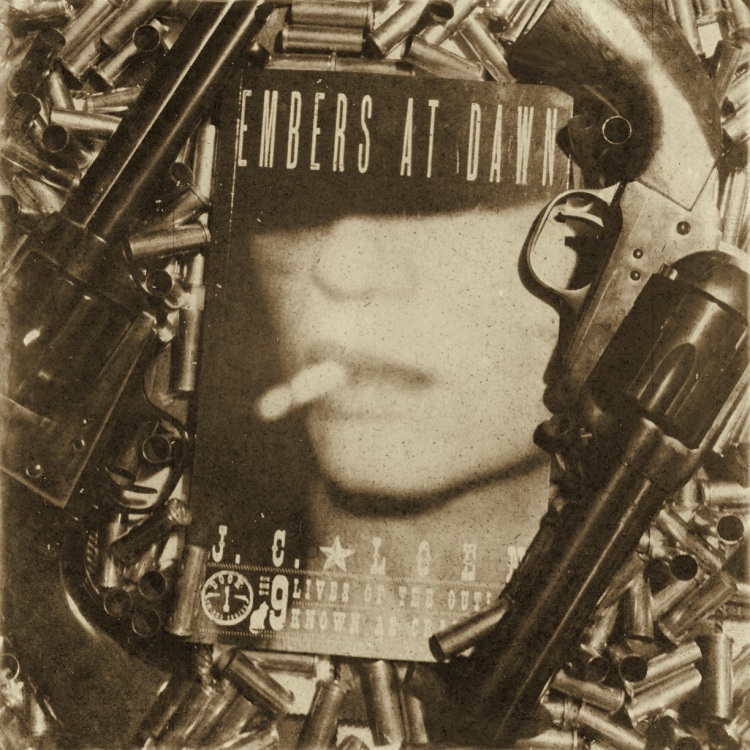 Enter the giveaway on Goodreads for a chance to win one of 9 signed copies of the paperback edition of Embers at Dawn.

In the world of the outlaw known as Crazy Cat, it’ s Lee’s birthday today! Huzzah! Had she been alive (not that I’m saying that she ain’t!) she would have been 167 years old. She would no doubt have celebrated with drinking whiskey and shooting guns. Both fine activities I fully endorse, although not necessarily combined. 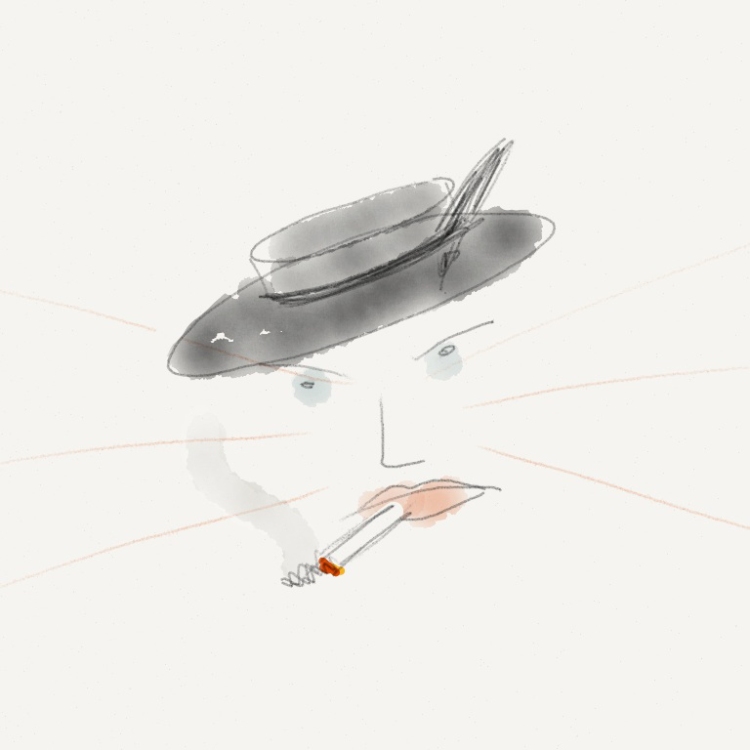 In the event of Lee’s birthday, I’m giving away Embers at Dawn (kindle edition) for free today and tomorrow. Get yours here: US or here: UK